Arti, Resma Yuni. 2014. The Influence Of Animation Through Simulation Method Toward The Ability Of The Students In Cooperating And Result Of The StudyLevel In The Topik Of The System Of Coordination At Class IX MTs Muslimat NU. (Thesis). Palangka Raya: Publicated on STAIN Palangka Raya’s Thesis

The study uses quantitative approach which is conducted at MTs Muslimat NU Palangka Raya in academic year 2013/2014. The subject of the study 35, and 36 students of class IXb and IXc. The instrument to be used are: 1) the learning outcomes of the students the test instrument consists of 50 test items which are tired out in class IXa, 2) the observation sheet of the students cooperation.

Based of the result of analysis and discussion, it can be concluded that the hypothesis test indicating that there is a significant of the learning outcomes of the students of Class IX MTs Muslimat NU in the topic of the System of Coordinating using animation through simulation compared to learning conventional. This can be seen from t calculation = 3.79, while t table = 2,042. It can be stated that t calculation > t table namely, 3.79 > 2,042 with the level of significance ɑ = 0.05 and the degree of freedom is df = n -2 = 33. Therefore, there is a rule: t calculation > t table Ha ia accepted and and Ho is rejected. The average score achievied by the students after learning is higher in the experiment class than in control class. The students learning in experimental class using animation media through simulation have the average score 72. While the students in control class using conventional method have the average score 60. From the study, it is obtained the average score of the ability of the students in cooperating from meeting I IS 84.08%, Meeting 2 IS 85.85%. the general average score is 56.64 with strong category.

Keyword : Animation through, Simulation Method, Cooperating and Result of the Study 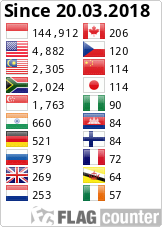